Dinosaurs, Rock ‘n Roll and Laura Dern - Summer Blockbusters Have It All - Metquarter Liverpool
Back to what's on

There’s blockbusters left, right and centre this summer and we couldn’t be more excited to take a seat, grab some popcorn and dive straight into some big-screen fun. But which film to see first?

Check out our rundown of the hottest tickets in town at Everyman Cinema at Metquarter.

How much do you really know about the King? Austin Butler stars as Elvis in the biographical telling of the life and music of Elvis Presley, including his complicated relationship with his enigmatic manager, Colonel Tom Parker (Tom Hanks).

Directed by Baz Luhrmann (Moulin Rouge!, The Great Gatsby, Romeo + Juliet), the film tells the story of Elvis and his rise to stardom, conquering of Las Vegas and his position as the world’s first rock ‘n roll star.

Whether you’re already an Elvis fan or not, the drama of the film is sure to make it worth a trip out. Book your tickets here. 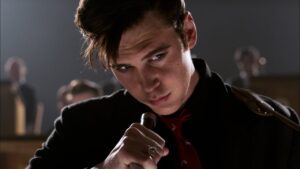 It’s been a hot minute since we’ve had Chris Evans on our screens and we’re thankful that we can spend a quality 106 minutes with him with Disney’s newest release – Lightyear.

In the original Toy Story films, Andy receives a Buzz Lightyear toy (voiced by Tim Allen) that was from a film he had seen – Lightyear is that film. It follows the origin story of Buzz Lightyear, the legendary Space Ranger after he is marooned on a hostile planet 4.2 million light-years from Earth alongside his commander and their crew.

While attempting to return home, marooned Space Ranger Buzz Lightyear (Evans) encounters an army of ruthless robots commanded by Zurg who are attempting to steal his fuel source. 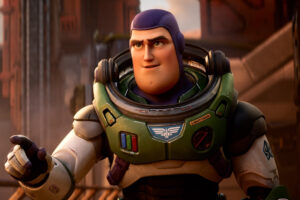 Laura Dern, Sam Neill and Jeff Goldblum reunite on the big screen for the third film in the Jurassic World series. Set four years after the island was destroyed by a volcano, dinosaurs are now living alongside humans all over the world. This fragile balance will reshape the future and determine, once and for all, whether human beings are to remain the apex predators on a planet they now share with history’s most fearsome creatures.

Chris Pratt and Bryce Dallas Howard reprise their roles and unite with the original Jurassic Park team to save the world. Expect more dinosaurs, more bad guys and a whole lot of teeth. 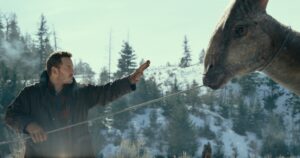 If you missed the news, Top Gun; Maverick is breaking records all over the place. Tom Cruise’s second outing at Pete ‘Maverick’ Mitchell has not only become the highest grossing film of 2022 so far (overtaking Doctor Strange), it has also become Tom Cruise’s highest ever grossing film.

If you’ve yet to see what all the fuss is about, the film is still going strong in cinemas – after more than thirty years of service as one of the Navy’s top aviators, Pete “Maverick” Mitchell (Cruise) is back where he belongs, pushing the envelope as a courageous test pilot and dodging the advancement in rank that would ground him.

Starring Val Kilmer, Jennifer Connelly and Miles Teller, the film is also accompanied by a soundtrack scored by Hans Zimmer and Lady Gaga. 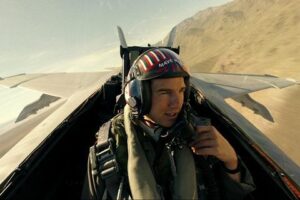 If comfy seats and incredible films weren’t enough for you, Everyman also offers a full food and drink menu, where you can enjoy drinks, hot food and snacks in the bar or have waiter service from your cinema seats. Take a look at the full menu here.