If you’re not in the festive mood just yet, you’re bound to be soon – because Everyman has curated a stellar line-up of Christmas films that are sure to banish your resting Grinch face. With everything from Love Actually to Home Alone, keep reading for the best films to catch this December.

Elf
Son of a nutcracker! Elf has become a staple of Christmas – with so many laugh-out-loud moments and quotable lines, it’s a modern classic that we could watch over and over again.

If you’ve never seen it before, sit yourself down and grab some popcorn because it’s time to change that immediately. Will Ferrell stars as Buddy the Elf, a human who has been raised as an elf in the North Pole alongside Santa Claus. Buddy travels to New York to meet his biological father and to share some much needed Christmas spirit.

Speaking of Christmas spirit, we’d recommend pairing this film with an Espresso Martini 🍸 In the film, Buddy adds ‘syrup’ to his coffee to make it taste nicer, so what better than enjoying this smooth cocktail of Titos Vodka, coffee liqueur, espresso whilst sitting back and soaking up the Christmas vibes ❄️ 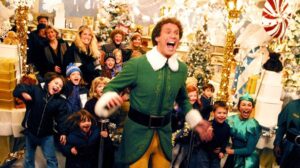 Home Alone
KEVIN! 😮 Year after year, we’ll happily tune in to spend some quality time with the McCallister family and especially Kevin.

After being mistakenly left home alone over Christmas, Kevin is targeted by two hapless burglars – but Kevin isn’t letting them in without a fight. We might have seen it a dozen times before but we’ll always squirm at the unfortunate injuries that the intruders Harry and Marv suffer 🕷️.

In honour of Catherine O’Hara and one of her other iconic characters Moira Rose, we’d recommend pairing this with a glass of Rioja Crianza – come and taste the difference good fruit can make in your wine 🍷 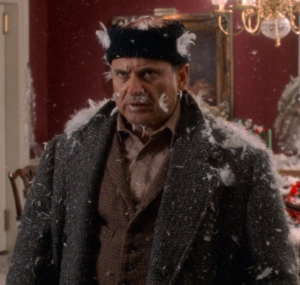 Violent Night
A brand new film for 2022, David Harbour stars as the one and only Santa Claus in Violent Night. When a team of mercenaries breaks into a wealthy family compound on Christmas Eve, taking everyone inside hostage, the team isn’t prepared for a surprise combatant: Santa Claus is on the grounds, and he’s about to show why this Nick is no saint. This dark thriller will keep you on the edge of your seat and shows Santa Claus in a whole new light – we can’t wait 🎅

For a Christmas film about the man himself, what else could it be but a Coca Cola!
Check timings and book your tickets here.

Love Actually
With more famous faces than you can shake a stick at, Love Actually features several intertwined stories all about love and the complexities that follow. In the run up to Christmas, we’re introduced to characters such as David (Hugh Grant) who is the handsome newly elected British prime minister who falls for a young junior staffer (Martine McCutcheon), Sarah (Laura Linney), a graphic designer whose devotion to her unwell brother complicates her love life, and Harry (Alan Rickman), a married man tempted by his attractive new secretary.

Whilst we’re not sure we’ll ever get over what Harry (Alan Rickman) did to Karen (Emma Thompson), but the Everyman G&T is bound to help things move along slightly. As Love Actually is primarily set in London and features homegrown British talent, it only seemed right to pair it with this classic drink, made with gorgeous Sipsmith gin and Fevertree tonic 🍹. 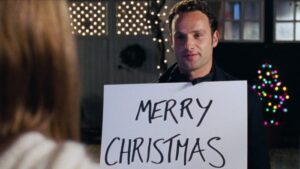 Spirited
Aiming to take a second spot in the top festive films of all time, Will Ferrell is back for a brand new Christmas film – Spirited.

A retelling of A Christmas Carol from a different perspective, Spirited follows the position of the ghosts. Each Christmas Eve, the Ghost of Christmas Present (Will Ferrell) selects one dark soul to be reformed by a visit from three spirits. But this season, he picked the wrong Scrooge. Clint Briggs (Ryan Reynolds) turns the tables on his ghostly host until Present finds himself reexamining his own past, present and future.

With original songs by Oscar winners Benj Pasek and Justin Paul (“La La Land”), this modern retelling is a sweet and spicy holiday treat – and did we already mention that it stars Ryan Reynolds? 😍

For a film which is a modern take on an old classic, it has to be an Old Fashioned! Wild Turkey 101, sugar, bitters and orange – perfection. 🍹 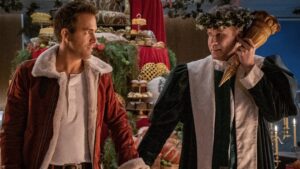 The Holiday
We’ve all been there – boy problems have got you down so you pack a bag and swap houses with someone on a different continent for the holidays 🎅🎄 Cameron Diaz, Jude Law, Kate Winslet and Jack Black star in this feel-good film and with rumours of a sequel circling around, we’re even more excited to cozy up and watch the first installment again.

For a film that’s feel-good and makes you feel all fuzzy inside, we’re not going for a cocktail this time, we’re digging straight into Double Choc Cookie Dough 🍪 Freshly made on site and served with a scoop of ice cream, it’s just the kind of Christmas indulgence that we needed. 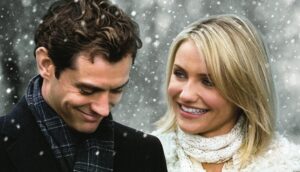 Or maybe Christmas films aren’t quite your thing? No problem – Everyman is also screening films like Avatar; The Way Of Water, Matilda The Musical and The Menu – take a look at the full list of films and times here.